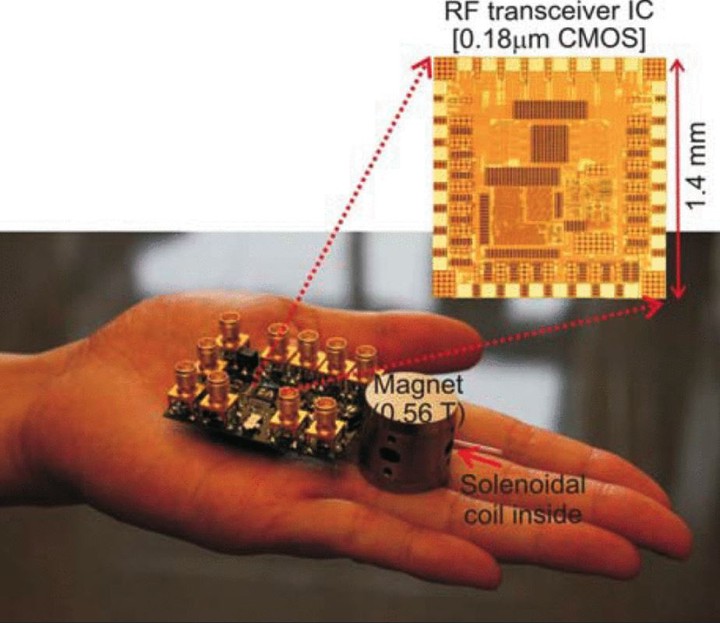 In our earlier work, we developed a 2-kg NMR system, which was 60 X lighter, 40× smaller, yet 60× more spin-mass sensitive than a 120-kg state-of-the-art commercial benchtop system. Here we report on two new nuclear magnetic resonance (NMR) systems that represent further orders-of-magnitude size reduction and lab-on-a-chip capability. The first system, which weighs 0.1 kg and can be held in the palm of a hand, is the smallest NMR system ever built, and is 1200× lighter, 1200× smaller, yet 150× more spin-mass sensitive than the commercial system. It is enabled by combining the physics of NMR with a CMOS RF transceiver. The second system, which even integrates a sample coil, directly interfaces the CMOS chip with a sample for lab-on-a-chip operation. The two systems detect biological objects such as avidin, human chorionic gonadotropin, and human bladder cancer cells.